Twelve Trials of Triskellion – Blog Like a Boss prompt #3

Hello and Welcome to ‘ 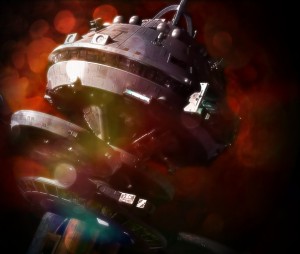 These files will cover aspects such as ship designs and the make up of the Sixth Cutter Squadron and the stations, relays and outposts associated with Star Station Hope. It will also explore the character choices, character development and offer some character backgrounds to the figures that will populate this world.

These blogs are closely associated with the Writing Hope series and in that fashion will present some of my thinking and creative process to writing and building this Universe of linked stories. I welcome any comments or questions you may have about any aspect or if you would want to see explored in one of these blogs feel free to comment/ask/request away.

From the outset of creating the Watchtower Universe the goal was to explore Trek stories from a space station based setting. Much like DS9 I rather imagined it would allow for a larger, political story to unfold and allow new perspectives and story telling opportunities. However, given the size of the station and the scope of the region offered and being not constrained by budgets I opted to expand the universe by including and leaving open the possibility of a myriad of ships and stations to populate the universe and allow the wider scope without it being down to the same six or seven characters getting involved in all of the major events of the sector.

Therefore, Star Station Hope serves as the hub of stories – civilian, space station based, Border Patrol, Starfleet, Klingon, Cardassian and … and well we will have to see where it goes from there.

The series aims to cover a wide array of story types. Some will be purposely overtly political and be based on the wider galactic relations between the main powers and the power plays, moves and agendas of all those different people involved. Therefore, the commanding officer of the station, Commodore Teskesha Nancy Tanner, will have responsibilities specific to keeping the peace and determining the fate of her sector of space. This will include interacting with the diplomats, ministers and/or ambassadors from these other powers. Obviously, this will allow for some tensions and political treacheries and by virtue of having the diplomats on the station will allow for lots of interaction and on the spot troubles adding an immediacy to any conflicts, tensions or problems that arise. It will also allow for a take on the post Dominion War universe and see it through different perspectives.

I’ll be introducing the station crew and the diplomatic parties in a specific blog on the station, likewise, I’ll introduce other characters and starships featuring in the Watchtower series in their own blog posts. Lots of opportunities for some character building stories in addition to the regular adventures and scrapes of the week type stories for the characters involved, even those involved on the station story-lines. Otherwise, we have the ship based stories and characters, some you’ve met already from this universe such as the good folk of the cargo freighter Rhapsody Rabbit Gavilán and their bombastic skipper Tabatha Chase. We were also introduced to the main character of the Étoile Cheval, the tough but justice minded and fair Beks Knight, a galactic tripping Bounty Hunter. And yes, there’ll be a crossover – and yes Chase will be a bounty for Beks. That should be a fun adventure.

I’ll also be expanding my little stable of Border Patrols vessels, primarily with the crew of the Cheiron who serve as part of the Sassy Sixth Cutter Squadron assigned to Star Station Hope. Their stories will be calls of the Border Dog variety but they’ll also involve some features pertaining to the universe’s political upheavals – such as the depressing state of affairs in a post war Cardassia, the emergence of a new Maquis and the Cardassian counterpoint The True Way, as well as the tensions and difficulties of working close to the Tzenkthi border, and the ambitions of rogue Klingons and the introduction of a nomadic displaced race called the Ashers who prey on the weak in order to survive.

Then there is the crew of the Aegolius Harrier. Assigned to provide assistance to the Cardassians, the Harrier crew are going to find themselves pitted against enemies unknown and unsuspecting as they try to offer aid to their former enemies and do so working alongside them on an inferior vessel.

I have other ambitions too. The possibility of a few other one shot crews of ships and stations that have featured in challenges and prompts getting their own story. I’d love also to do a Cardassian crew based story but we’ll have to wait and see. Meantime, work continues on developing the joint colony project between Starfleet and Cardassia as seen in A Legacy of Ashes (you might see a hint of a potential crossover with other aspects of the Watchtower universe there).

That’s things as they stand for now. Come back soon for more updates and information.